Davroe are taking our Natural Vegan Cruelty-free range of products to New Zealand as official hair sponsor of the Miromoda Runway Show 2018.

In New Zealand as part of New Zealand Fashion Week – Davroe are the official hair sponsor of Miromoda the indigenous Maori Fashion show with thanks to S6 distribution the Exclusive distributors of Davroe  in NZ.

Davroe will be showcasing the best of our much loved Natural Vegan Cruelty-free product range to the world.

MIROMODA the Indigenous Maori Fashion Apparel Board (IMFAB) was founded as an organisation instituted to advance the quality status of Maori fashion design and to raise its artistic and professional standards.

And to also define a code of ethical practices of mutual benefit in public and trade relations; as well as promote appreciation of the fashion arts through leadership in high quality and aesthetic discernment.

Miromoda is therefore committed to nurturing the development of the fashion industry’s Maori designers and its initiatives will provide support and strengthen resources for students at high school, tertiary and post-graduate levels. In addition, Miromoda envisages offering support to working designers in the early stages of their careers, and should they require it, mentoring throughout their future. This includes international profile and participation. However, Miromoda is mostly Government funded for two key events and seek additional sponsorship to ensure the best possible support for  Maori designers in the Miromoda Showcase at NZFW, as well as the sustainability of Miromoda going forward. Miromoda are committed to a future of Maori playing a pivotal role in the fashion industry and to be commercial players.

MIRO is the technical term used in traditional Maoriweaving for twining fibres.

MODA is Italian for fashion. MIROMODA the Indigenous Maori Fashion Apparel Board (IMFAB) entity which formed in 2008 and debuted at NZ Fashion Week in 2009. Now in it’s ninth year, this year’s competition will be held at the Pataka Arts & Cultural Museum, June 30 in Porirua for the third time, with a judging panel made up of Dame Pieter Stewart, founder of NZ Fashion Week, NZFW Event Manager Janey Evett who worked for New York based designer Nicole Miller and Lucire international fashion magazine publisher, Jack Yan.

The Miromoda competition opens up the chance for fashion designers to tap into the incredible experience of business and industry leaders on a one-on-one basis through the judging panel.  This year’s event will showcase collections from eight of New Zealand’s most talented Maori fashion designers. These eight designers are selected from the nationwide Miromoda competition, the winner of which is then announced after the Miromoda Runway Show.

“Miromoda is an inspirational beacon for the youth of Porirua, and clearly a well sought after event for the whole community.” “Being part of Miromoda  is really exciting for Davroe as we get to demonstrate to the world how amazing a natural hair care range can be for your hair and deliver fantastic results.

This opportunity allows our 100% Australian product range to shine on a world stage among so many people.

My Davroe Team of stylists, consists of team members from New Zealand, who are ready to work backstage with Davroe.

We are excited to be bringing our team to New Zealand for Miromoda, as the Official Hair Sponsor”

Designers for the 2017 Miromoda Fashion Design Competition who will show in the NZ Post Miromoda Showcase on 31st August at NZ Fashion Week are: 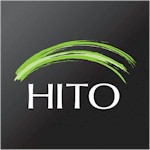 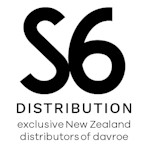