Davroe are proud to announce that we are the official hair sponsor for Dan Liu S/S ’19 Runway Show. Our team are excited to be working backstage with Dan for his show, Ima, Nippon – Nowadays Japan Part 1 at Spring Studios, New York. Dan Liu is an award-winning Canadian Fashion Designer with almost two decades of experience in the fashion industry.

After obtaining two Bachelor degrees (Psychology and Computer Science), Dan realized he had to pursue his love for fashion. In 1997, he attended Aoyama Fashion College in Tokyo, Japan and studied Fashion Design and Marketing. He started making his own knitwear accessories and founded his company TATSUAKI Inc.

Numerous Hollywood celebrities who frequented his first Yorkville store in Toronto favoured his debut knitwear collection. His line evolved to couture pieces featuring knit, crochet and embroidery details and his current chic yet elegant apparel can be worn from day to night. He is known for contemporary designs and tailoring that accentuates the female form with a romantic flair. He draws his inspirations from his heritage and he is known for pairing beauty with practicality and wearability.

Working from concept to patterns, he incorporates color contrasts and details to ensure every piece is perfect from any angle. Dan is also a host/producer of Fashion Girls by Dan, a popular Chinese fashion makeover reality TV show filmed in Toronto. The show has been on air nationwide in Canada on Rogers Television OMNI Channel 2 since 2014.

Dan has a personal fashion and beauty consulting business that currently serves 350 clients. He has been featured in many media outlets and in 2015, was the first Canadian fashion designer to be interviewed by British Vogue twice in a row. Award-winning Canadian designer, Dan Liu, draws his inspirations for DAN LIU and TATSUAKI designs from his Chinese and Japanese heritage. Our Davroe Team are proud to be working backstage with Dan and his team and look forward to working with such a talented designer. Keep across our social media sites for more on Dan Liu. 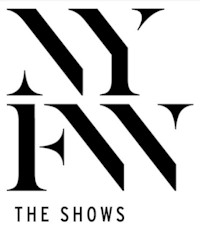 Take hair care to a new level this winter with DAVROE
June 16, 2022

The Ultimate Guide to DAVROE Refined Styling
May 26, 2022